There'll be a new sheriff in town,

The Memorial rallies I attended for Trayvon Martin and Corey Jones, both in Florida, were very sad. I'm sure that ceremonies across the country for others were the same. This is not the future I imagined or want. How about you? Let's find ways to make it better.

The government hasn't been able to ban guns, so I'm going to ban bullets! The Constitution DOES NOT grant anyone the right to possess them. It's already illegal to even possess a clip for an assault rifle. So, keep your guns.

Misdemeanors should be punishable by community service instead of fines and/or jail time. Then we, the people of Florida and America, will benefit instead of wasting our money - billions - paying for people to be in jail. Society will also benefit because they'll be contributing to society instead of taking away. Only people who commit felonies (felons) should be in prison. This will greatly reduce the outrageous amount of money spent on prisons and over-crowding. If they don't perform their assignments or do so badly, then they'll be put in jail.

America spends/wastes BILLIONS on prisons EVERY YEAR. As soon as we start this program, anyone in jail for a misdemeanor will be freed to get to work fixing Florida and America. All new ones will do the same Community Service.

Prisons don't need tvs, yards, gyms, cafeterias, libraries, showers, dining rooms or trailers for prisoners to have 'Conjugal Visits!!! All that space will be converted to individual cells. Everyone will be in his/her cell until he/she is released. No one will be abused and there'll be no gangs or prison riots. There'll be a shower/toilet unit in each cell. Meals will be brought to the cells.

Awww, will they get lonely? Too bad! It's not summer camp!

See what I wrote about legalizing marijuana on "My Platform" page!

"Be Good or Be Gone!" Any immigrant, legal or not and citizen or not, who is convicted of a felony, will be deported. He would have lost his 'Citizenship Privilege'. Don't worry about corruption because it's already a felony to falsely convict anyone. This will be rigorously enforced and you will take his place! (More info on 'My Platform' page)

The precedent has been established to get people who commit felonies to leave the state as a stipulation of their sentence or parole. Isn't this a great idea? Let's do it!

It's a privilege to be allowed to live in Florida, not a right!

It's like getting a 'Red' card in soccer or a flagrant foul in basketball. You're ejected from the game and you will be from the state. We don't need career criminals. "Be Good or Be Gone!" No more STUPID '3 strikes' rule. If baseball had 5 strikes, would criminals get 5, too. NO!

People can collect rewards for reporting them anonymously if they return.

* Law enforcement officials should not have to get wanted criminals to 'waive extradition' in a court hearing before they can be removed from Florida. This is VERY STUPID! It should be automatic!!

Every state is part of the one United States of America. A crime against a resident of any state is an American crime. Other states aren't foreign countries.

The main duty of government is keeping people safe. For more than 8 years, Florida failed to do this under our two current senators and past two governors.  Most believe that this topic is No. 1, that's why I gave it a separate page.

1) authorizing EVERY law enforcement officer in America to arrest and remove EVERY wanted criminal from Fla. like the FBI can do. "Be Good or Be Gone! Many wanted criminals are hiding out in Florida or in our jails. We'll save money by checking. If they're wanted elsewhere, they can have them.

2) Inviting ALL law enforcement agencies in America and EVERY military branch to train here - in our cities, parks and all HIGH CRIME AREAS, which will be lit up very brightly with solar-powered lights. They'll use their night-vision goggles and other equipment to prevent crimes and catch criminals 24 hours a day. This will greatly expand our peace-keeping force without costing us. Plus, these 'first responders' will be here to help us in emergencies.

HIGH CRIME AREAS represent the TOTAL FAILURE of ALLgovernments to perform their MOST important duty. If they don't want people to take the law into their own hands, then they need to do it!

* I'll start a national certification program in Law Enforcement training for Private Investigators, Bounty Hunters, Security Guards and others. They'll practice and patrol all over the state.

The old statement that "you can never find a cop when you need one" will be replaced by "there're cops everywhere".

* If you win a case in Small Claims court and some others, I want the cashier to immediately give you a state check for the total amount. You don't have to file a lien or pay the sheriff or a process server to serve papers or anymore of the other NONSENSE you have to go through to get your money. It's the same with bad tenants, badworkmen and many others.

The courts have the power and the ability to collect the money from the defendants by garnishing their paychecks, putting liens on EVERYTHING they own or will ever earn. They can sell their cars. You  and I can't. The state can afford to get its money later. Most crime victims can't.

Someone was convictedof stealing my car. He was given a suspended sentence. I still had to go through a lot of trouble to get the money from him to pay for the damages to my car. Even if he'd been put in jail, it would have been the same problem. I'll fix this by taking the profit out of crime.

* I'll make all county sheriffs members of the State Police. They'll all keep their jobs and continue to do what they do but no longer will criminals be able to evade capture by simply crossing the county line where the pursuing police don't have jurisdiction. This is not a game of 'Tag'. Those days will be over when there's a new sheriff in town - Senator Joe Allen!

* It's UNCONSTITUTIONAL to deny ANYONE the right to vote! So, I'll immediately restore everyone's right that has been taken away - all former and present convicted criminal. It's the right thing to do!

* It's also UNCONSTITUTIONAL to suspend SOME people's driver's licenses but not others for the same non-vehicular offense. That's not EQUAL protection of the law.

* Stop denying people driver's licenses!!! Many will still drive without insurance and proper training or knowledge of the rules of the road because they'll never take the test. Once again, the good people of Florida suffer from more accidents and having to buy un-insured motorists insurance. This is STUPID!!!.

There's no expiration date on justice!

1) I'll get rid of the 'Statute of Limitation'. Someone should NOT get away with a crime because he evaded capture for a length of time. Canada does not have this NONSENSE!!!

Crime is not a game of 'Tag'. Ask the victims!

2) If you don't file a suit in probate court within 2 years, you lose your right to do so. This is more NONSENSE. This benefits criminals and punishes victims. Who came up with this STUPID idea? I'll work to get rid of it.

3) 'Squatters Rights' has to go, too. No one should EARN THE RIGHT to occupy your property if you don't catch him in time!

This is mainly a social media/grassroots campaign. Please send my link to everyone around the world. www.WeWantJoe.com 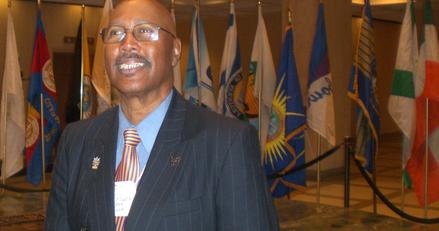